EN | IT
work with us 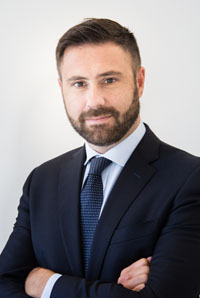 Graduated in Business Administration and Finance at Luigi Bocconi University in Milan in 2002, Angelo gained 3 years’ experience, from 2002 to 2005, in the Audit department of Ernst & Young, working for leading Italian and International companies such as Edison, Metroweb, Fastweb, Magneti Marelli, Starwood, Owens Illinois, Dior, Damiani and others.

In 2005, Angelo moved to the Transaction Support Department of Ernst & Young, where he was in charge in more than 30 extraordinary transactions, both buy side e sell side, involving Italian and International companies such as Snai, TotalErg, Fiat, Air Italy, ArcelorMittal, Ciga Hotel, Seat Pagine Gialle.

From 2008 to 2011, Angelo was part of the Restructuring and Debt Advisory Team of Ernst & Young and was in charge of large Italian restructuring processes such as Gruppo Ferretti, RDB, Zanella, Osmap, Iveco.

From 2011 Angelo is a Founding Partner of Epyon where leads the restructuring team in a number of restructuring processes both as advisor and Asseveratore. 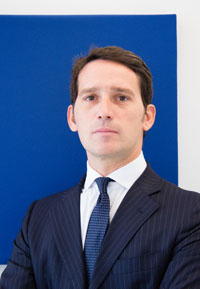 Graduated with honor in Business Administration and Finance at Bari University in 1999, Pietro, at the beginning worked in UK as assistant to the North Europe Financial Controller of Alitalia.

In 2002, Pietro joined the Audit team of Ernst & Young in Milan and in 2005 moved to the transaction advisory services of Ernst & Young, where he was in charge in a number of pre-acquisition and vendor due diligence. Pietro gained a specific knowledge of the Private Equity market working on a number of engagements for Italian and International PE funds on a wide range of targets’ industry.

From 2011 Pietro is a founding partner of Epyon where he assists clients in extraordinary transactions both in Expansion and Restructuring scenarios. 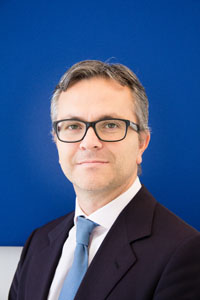 Graduated with honor in Business Administration at the Cattolica University in Milan in 2001, Luigi joined the Audit department of Ernst & Young where he was in charge for the audit of leading Italian listed companies, gaining a solid experience in Statutory and Consolidated Financial statements prepared in accordance with both Italian and IFRS GAAP.

In 2005 Luigi moved from Audit to Transaction Advisory Service department of Ernst & Young where he gained a significant experience in pre-acquisition and vendor services with focus on accounting and financial complex transactions, such as Carve-out, price adjustment mechanism, fraud investigation and analysis of internal control.

From 2011 Luigi is a founding partner of Epyon where he leads the team in a number of restructuring processes, both as advisor and Asseveratore, pre-acquisition due diligence, valuation and fraud investigation. 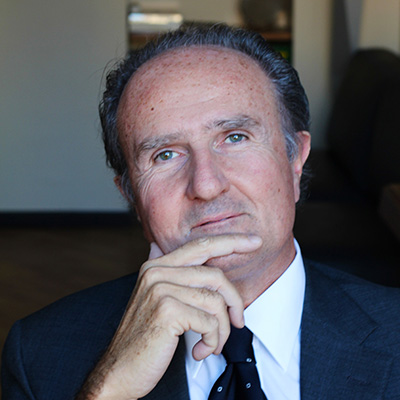 In 1986 Pierluigi founded Iniziativa Spa, a financial and business consultancy, as a partner. He has also been CEO of Iniziativa Spa until 2001. Between 2001 and 2007, Pierluigi has been partner at Ernst & Young as responsible for the Grants and Incentives Department.

Between 2007 and 2010 he continued working for Ernst & Young as Senior Advisor in the Corporate Finance Department. Pierluigi is also part of the Board of Directors of many industrial and real estate companies. Today he sits in the Steering Committee of the Alumni Association of the Bocconi University and he has been member of the Steering Committee of the UCID in Milan. 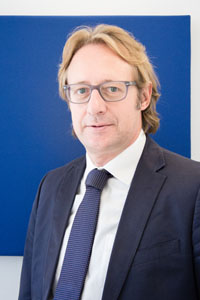 Graduated in Business Administration at the Cattolica University in Milan in 1996, Cristian joined the Audit department of Ernst & Young where he a was in charge on a number of audit engagement both for Italian companies, International Groups, Private Equity backed companies and Foundations.

During these years Cristian gained a significant experience on audit procedures for Statutory and Consolidated accounts in accordance with both Italian and IFRS GAAP. Cristian was also involved in various extraordinary transactions such as acquisition, mergers, listing, IAS conversion and due diligence activities.

In 2014 Cristian joined Epyon where is in charge of the Audit department and various audit and audit related engagements. 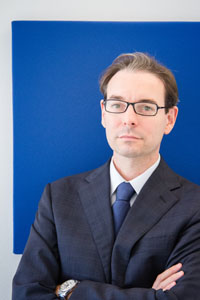 During his studies in Business Administration and Finance at Luigi Bocconi University in Milan, where he graduated in 2000, Cesare worked one year at the International rating Agency Fitch in London.

In 2000 Cesare, after a brief experience at ABN AMRO Bank as analyst,  moved to Ernst & Young where he gained a significant experience in the Audit Department being in charge for the audit of Italian Companies Statutory accounts and limited reviews of reporting package of International group Italian subsidiaries.

From 2005 to 2007 Cesare was seconded to the Ernst & Young office in Charlotte, North Carolina, where he experienced with US GAAP and Sarbanes-Oxley Act regulation.

In 2007 Cesare moved to the Ernst & Young Transaction Support Department where he gained a widen experience in buy side and sell side due diligence, being in charge on a number of engagements for both Corporates Private Equity Funds on Local and Cross Border transactions.

From 2011 Cesare is a founding partner of Epyon, leading the team in various engagements such as pre-acquisition due diligence, Management reporting implementation, business planning and accounting activities in accordance to Stock Exchange listing process. 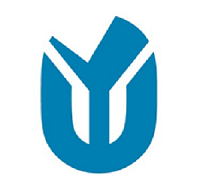 Matteo graduated in Business Administration, finance and control in April 2011 at the Luigi Bocconi University in Milan.

Starting from January 2011 and until May 2014, Matteo worked at Ernst & Young in the business line  “Assurance and Advisory Business Services”, focusing on the audit of  stand-alone and consolidated financial statements of companies and Italian groups, as well as on the limited review of reporting package of Italian subsidiaries of international groups.

Giulia graduated in Management (Specialist degree) in March 2013 at the Luigi Bocconi Universtity in Milan. Since 2012, Giulia worked at Deloitte & Touche SpA in field of ICS Audit ; she experienced as a senior auditor in the audit of statutory financial statements prepared in accordance with ITA GAAP and  IAS and reporting package of international subsidiary of industrial field.

Giorgio graduated in Economics and Corporate Law  Specialization in Finance (Master’s degree ) in February 2016 at the Cattolica University – Milan.

Andrea graduated in Business Economics and Mangement and in october 2016 at University Luigi Bocconi of Milano. He is currently attending the master’s degree course in Management.

Roberto graduated in Business Administration and Management in 2016 at the Bocconi University of Milan. He is currently completing his studies to obtain a Master’s Degree in Corporate Profile Management.
Roberto joined Epyon in October 2018.

Elisa graduated in Law in 2006 at the Bicocca University in Milan. Elisa worked for law department of major industrial companies in Lombardy.

In January 2013 Elisa completed the Executive Master of  Administration, Finance and Management control in SDA Bocconi.